on July 31, 2014
When CCD cameras made their way into the lexicon of average astrophotographers some time in the 1990s, the cameras were a far cry from having large sensors and being easy to operate. With DSLRs popping onto the astrophotography scene in the early- to mid-2000s, astrophotography saw a huge jump in the number of active hobbyists and the number of excellent astro images. Suddenly, astrophotography didn't require thousands of dollars and a PhD-level understanding of quantum mechanics to produce a very decent image. But the chips were (are) color only (no monochrome option) and, of course, there was (is) no regulated cooling of the sensor. The size of the DSLR APS-C sensor was enormous relative to what was available in the astro CCD world (ST-7, ST-2000, or ST-10 anyone?). The cost of the camera was MUCH lower than the astro CCD options and it was much easier and cheaper to connect a DSLR to a telescope. But the lack of regulated thermoelectric cooling (TEC) and the lack of a monochrome option swayed (and still sways) many away from DSLRs. That's not going to change any time soon.

While DSLR manufacturers will probably never offer monochrome-only sensors nor any kind of built-in regulated TEC, the option is still enticing from a price and ease-of-use perspective. Even without TEC, DSLRs perform wonderfully when enough light is collected and dark frames are used effectively. Additionally, the increasing popularity of astro time lapse and wide field imaging with compact systems helps keep the allure of DSLRs alive in the world of astrophotography.

Anyone who is OK with one-shot color, no TEC, and is considering a large format sensor must now consider an exciting new option even before they consider the standard Canon or Nikon offerings... and it's not a DSLR: 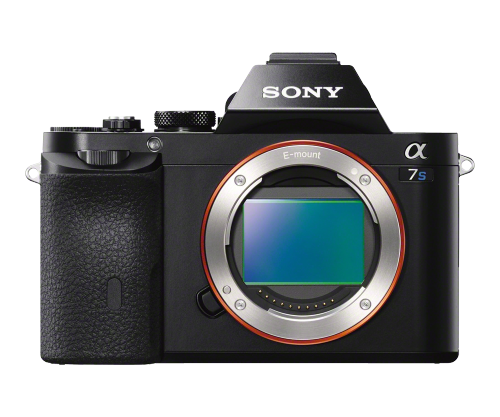 With no mirror, a full frame sensor, a mechanical and electronic shutter, and large light-gathering pixels, it's a $2,500 alternative to the $5,200+ options from ATIK, FLI, and SBIG ($7,000+ by the time you get to some of the FLI and SBIG offerings!).

See the DP Review comparison to the Canon and Nikon offerings for yourself:
http://www.dpreview.com/articles/0897840171/high-iso-compared-sony-a7s-versus-a7r-versus-canon-eos-5d-iii

There are a lot of interesting things about the asteroid known as 3200 Phaethon. Here are a few of those fascinating tidbits: It was discovered in 1983 (it was preliminary known as 1983 TB upon confirmation of discovery) and was the first asteroid to be discovered using images from a spacecraft. During its orbital period, 3200 Phaethon gets closer to the Sun than any other named asteroid. Its name derives from the fact that it gets so close to the Sun. Let me explain: The Greek Sun God, Helios, had a son. His name was Phaëthon... Fast forward thousands of years, humans discover an asteroid that comes really close to the Sun every 30-ish years, we name the asteroid after that son of the Greek Sun God because, like all good sons, he comes to visit his father about once every 30 years then leaves. It has offspring of its own: the Geminid meteor shower. Let's focus on that last one for a bit. Most meteor showers have a comet as its parent. Comets are known to shed materia