on December 29, 2018
No, that's not the name of my new heavy metal band (Wolfmother is already taken and is too similarly named, dammit) nor is it the name of a song by goth rockers, The Cult (you're thinking of Brother Wolf, Sister Moon... but points for being close).

Super Blood Wolf Moon is what some media outlets are calling the total lunar eclipse of January 20, 2019. Why so many adjectives for a simple lunar eclipse? Here's what they mean.


So there you have it — the Super Blood Wolf Moon is coming. You can't hide. It's going to get you.

Assuming the weather is good in your area, it's worth viewing. A lunar eclipse is an eerie and beautiful site. It doesn't have the drama and spectacle of a total solar eclipse, but it is still a sight to behold. This particular eclipse is a good one to view because totality starts at about 8:40 PM PT and ends at about 9:40 PM PT... on a Sunday before a holiday (if you're lucky enough to have MLK Jr. Day off). If you don't have Monday off from work, the totality phase of the eclipse still ends early enough to watch all of it, then go brush your teeth, get into your jammies and go to bed.

We experienced a similar lunar eclipse at about the same time last year but that one wasn't very kind to most people's sleep schedule with totality occurring at about 5:30AM PT. Here's an image of that one and an indication of what to expect visually for the Total Lunar Eclipse of January 20, 2019! 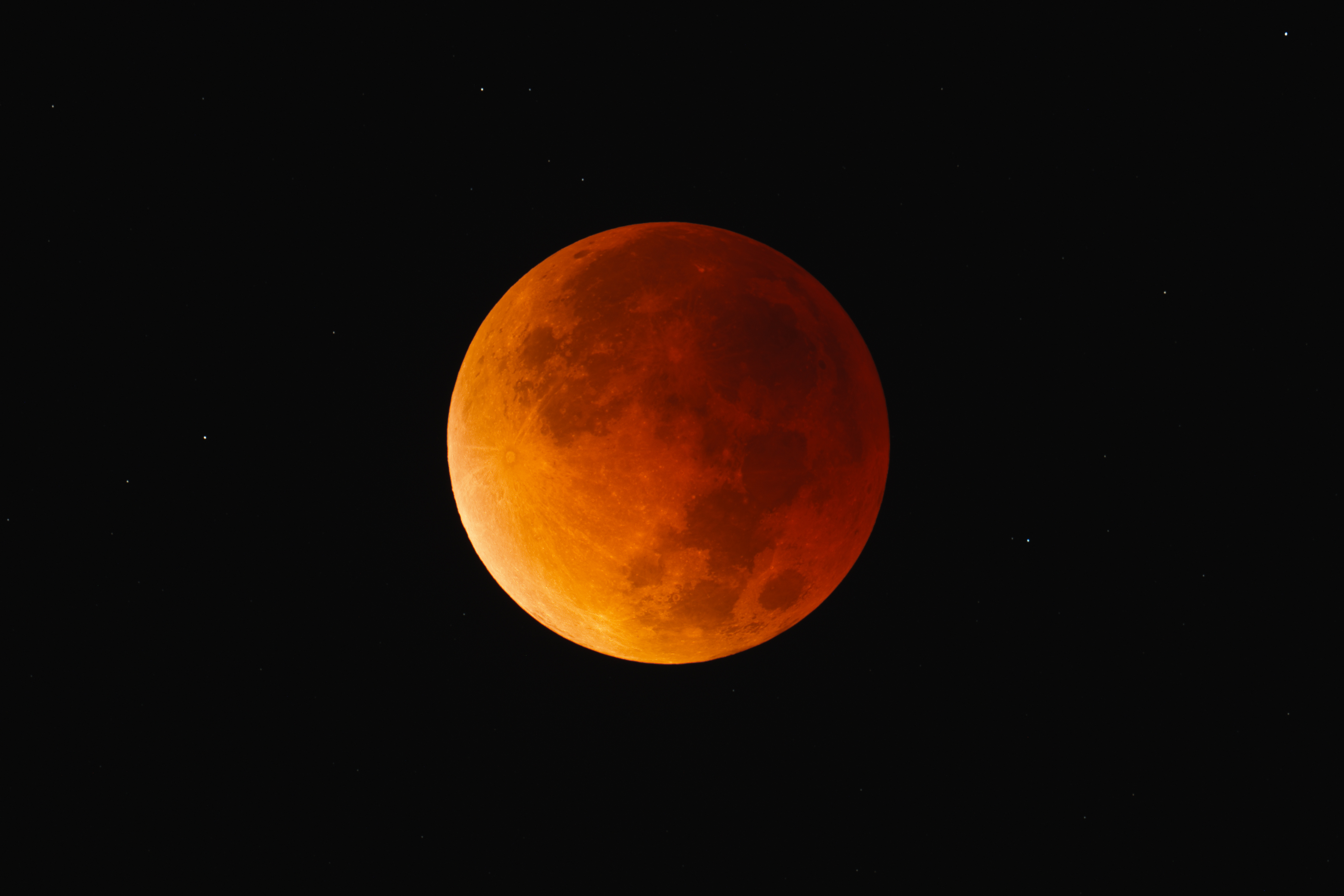 The Milky Way. If Earth is our home and the solar system is our suburban neighborhood (located in a part of town called the Orion Arm or Orion Spur), the Milky Way Galaxy is the metropolis of which our suburb is a part. We have always lived in the suburb of this large city. We always will. Like a midwestern girl destined to take over her family's small-town business, we have always been here and it's more than likely we will never leave. It's unlikely we will ever visit downtown, much less get out to see other big cities.


Let's suppose that girl, let's call her Astrid, decides she does want to leave her home town and even wants to get out beyond the big city.

Traveling outside the big city isn't a matter of will or desire for Astrid. Money isn't the problem. She has transportation — the fastest car on the planet — the roads are in great shape and the cops will give her a pass and let her go as fast as her car can go. None of that matters because those aren&…

M81 and M82 are two galaxies hanging out in the constellation Ursa Major, the Big Dipper. M81, on the right, is also referred to as Bode's Galaxy (for its discoverer, Johann Elert Bode). M82, on the left, is also know as the Cigar Galaxy.

Here are the wacky things about images like this one...

(1) Every single star you see in this image is in our own galaxy. It's easy to think you're seeing individual stars in M81 and M82 but that's simply not the case. At 12 million light years away, the galaxies are fairly close to us but they're still much too far to be able to resolve individual stars. Also, while there are such things as rogue stars that get flung out of their home galaxies due to gravitational disturbances, it would be quite rare for one to show up in an amateur astronomer's image.

(2) If your monitor is bright enough and calibrated well, you can see a lot of fuzzy patches, each of which is another galaxy!

There are a lot of interesting things about the asteroid known as 3200 Phaethon. Here are a few of those fascinating tidbits:
It was discovered in 1983 (it was preliminary known as 1983 TB upon confirmation of discovery) and was the first asteroid to be discovered using images from a spacecraft. During its orbital period, 3200 Phaethon gets closer to the Sun than any other named asteroid. Its name derives from the fact that it gets so close to the Sun. Let me explain: The Greek Sun God, Helios, had a son. His name was Phaëthon... Fast forward thousands of years, humans discover an asteroid that comes really close to the Sun every 30-ish years, we name the asteroid after that son of the Greek Sun God because, like all good sons, he comes to visit his father about once every 30 years then leaves. It has offspring of its own: the Geminid meteor shower. Let's focus on that last one for a bit.

Most meteor showers have a comet as its parent. Comets are known to shed material as th…